VISUAL CLUES IN THE MOVIES

In addition to the dialogue, there are many images throughout the movies that give hints to the Torah concepts behind the scenes.  Indeed, the movie offers a ‘trail of clues.’ The producer (Joel Silver) said that some people will find four and others will find four hundred. It depends if you know what to look for, and this depends on knowing where they were coming from with the script.

We will look at a specific group of these here and the more concealed types in the 3rd section.

Let’s get the obvious out of the way. – The Oracle

There are three license plates appearing in the Matrix that refer to verses from the Tenakh.  This is fairly well established in older blogs discussing the movies. It was a hot topic – one that added to the discussion of ‘messianic themes’ in the character of Neo. 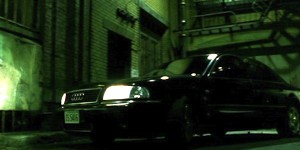 Isaiah 54:16 – See, it is I who created the smith who fans the coals into flame and forges a weapon fit for its work. And it is I who have created the destroyer to work havoc.

This is the most discussed of the plates. The key here is understanding what Smith represents kabbalistically, which is the Sefirah of ‘gevurah. ’ This emanation includes concepts of; restriction, judgment, severity and concentration of power. This is his “purpose” (as Smith himself would say.)  Smith exists for this reason alone and will take it full measure.

As Neo tells the Deus ex Machina (“god from the machine”):

Smith represents the idea of “unrestricted restriction” – pure Gevurah with no Chesed/mercy at all. This is a destructive combination.

As Rashi taught, G-d saw He could not create the world with judgment alone (i.e., Elohim, the name associated with Gevurah, in Genesis 1) and thus the Torah adds Chesed/Mercy in Genesis 3, in the form of the name YHVH.

The “twins” have the ability to go through floors and walls, shifting between the world of the matrix and some other reality. This ‘dual existence’ places them in the category of ‘shedim’ (demons) in Torah, that exist “between” the worlds of Asiyah and Yetzirah as ‘part physical and part spiritual’ beings. (The Ramchal explains this in Derech Hashem, section 1.5.1.)

The idea of traversing worlds, and existence of ‘intermediary realms,’ comes up in the movies, such as when Morpheus speaks of the “Broadcast level” for connecting to the Oracle and where Neo “vanishes” behind the door that Seraph opens for him on the way to meet her.

There is also the “Train Station,” an in-between realm controlled by the Merovingian, who calls himself the ‘trafficker of information.”

It is described as follows:

ORACLE: Yes. He’s trapped in a place between this world and the machine world. The link is controlled by a program called the Trainman. He uses it to smuggle programs in and out of the Matrix. If he finds out where Neo is before you get to him, then I’m afraid our choices are going to become difficult.
TRINITY: Why?
ORACLE: Because of who the Trainman works for.
MORPHEUS: The Merovingian.

As was verified by another character:

RAMA-KANDRA: I know only what I need to know. I know that if you want to take something from our world into your world that does not belong there, you must go to the Frenchman. 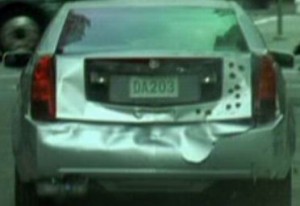 Daniel 2:3 – I have had a dream that troubles me and I want to know what it means.

This one is more intricate. The plate on Trinity and Morpheus car, referencing Nebuchadnezzar’s dream is of course the name of the hovercraft. However, as everything has a ‘purpose,’ we see that this ship had a specific destiny.

Morpheus, relates this in his speech where he says,

All of our lives, we have fought this war. Tonight I believe we can end it. Tonight is not an accident. There are no accidents. We have not come here by chance. I do not believe in chance. When I see three objectives, three captains, three ships. I do not see coincidence, I see providence. I see purpose. I believe it our fate to be here. It is our destiny. I believe this night holds for each and every one of us, the very meaning of our lives.

Morpheus relates that the ships are the ‘means’ in the process of action between the will of the captains and their objectives. The Nebuchadnezzar began its mission in the rescue of Neo’s body upon his moving out of “knowledge” of the “sleep state” of the Matrix (which relates to the soul/world level of Nefesh/Asiyah) to the world Morpheus had to show him (the level of Ruach/Yetzirah).

(This concept is elaborated on in section III.)

All the way through the ship remains the conduit to connect from the “lowest level of Morpheus” (the waste water Neo was pulled out of) to that of the Oracle at “broadcast level” – the cusp of the next world.

Thus, the Nebuchadnezzar functions along the plane spanning from Asiyah through Yetzirah. In kabbalah, the span between these two worlds is the realm of ‘dreams’ where our souls are said to ascend into the spiritual worlds. It is also where the shedim may seek to make connection.

See the “Spiritual Emanation” row on this chart: http://www.13petals.org/soulchart

The Nebuchadnezzar went as far as it could take Neo. Its final ‘act’ was to ‘die’ at the hands of the bomb launched against it – which forced the crew to flee. This sequence of events in turn caused Neo to go to his next level where he stops the sentinels by facing them.

In that scene, Neo connects with the sentinels. (“I can feel them,” he says) and when they come face to face with him, they drop before him.

Going back to the very first time Neo entered vessel with Morpheus, as they were walking, we are shown its ‘name plate’ on a wall.

And the unclean spirits, whenever they saw Him, fell down before Him and cried out, saying, “You are the Son of G-d.”

This is definitely one of the strange ‘coincidences’ in the movies as it relates to the New Testament. The Sentinels fall before Neo. The final purpose of the Nebuchadnezzar has been fulfilled. It too returns to its “source.”