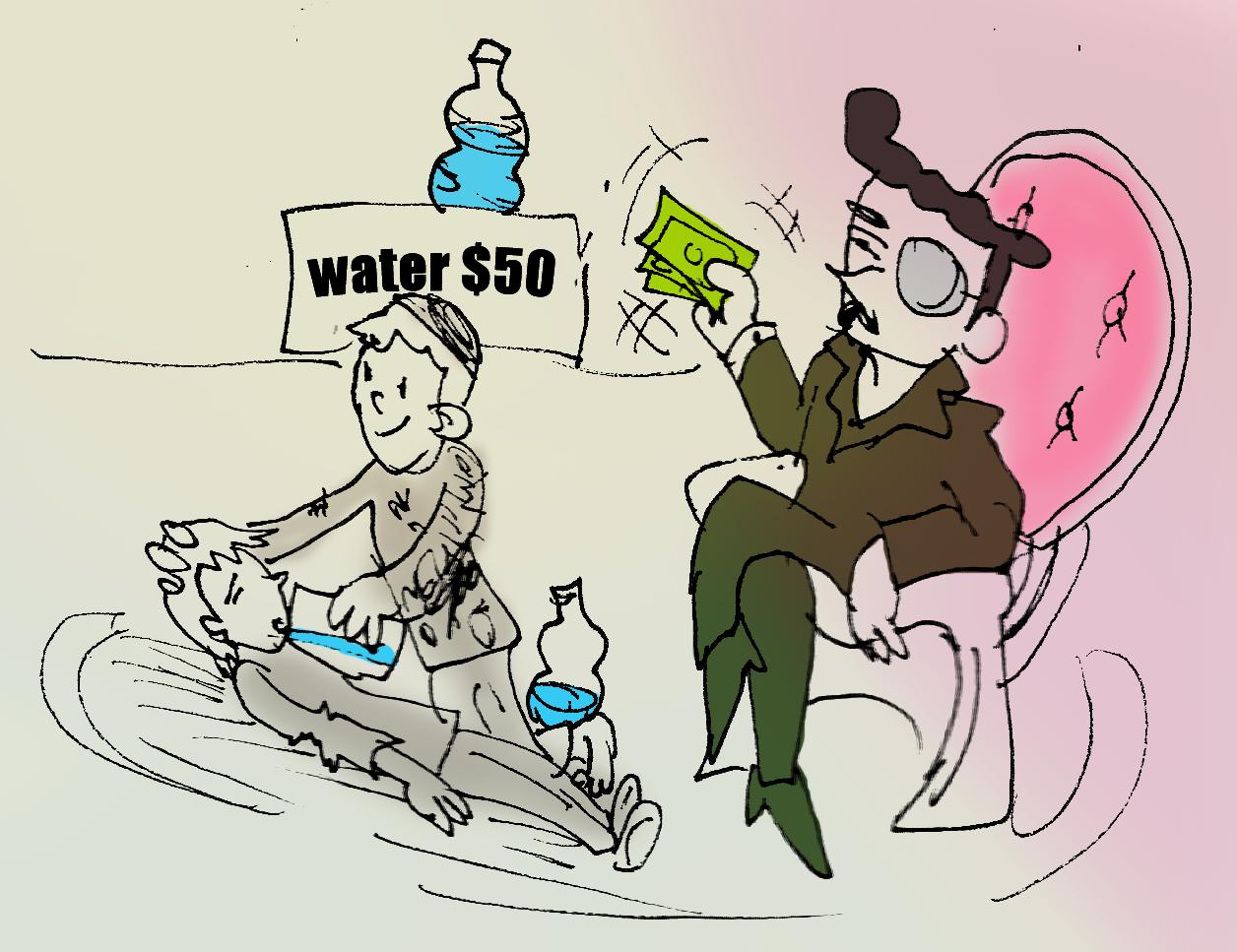 “When you enter the Land that God is giving you…you shall take from the first of all the fruit of the ground” (Dt 26:1-2).

From these words we learn that everything that is for God’s sake should be of the best and most beautiful (cf. Rambam), as the Torah says: “Kol Khelev leHaShem” – ‘all the fat is for HaShem’, or ‘the choicest of everything is for HaShem’ (Lv 3:16).

“Why is the Land of Israel called: the Land [Eretz]? Because it acquiesced [ratzah] to the will [ratzon] of its Owner” (Bereshit Rabbah 5:8).

The Midrash says that the word for ‘Land’ (Eretz)– when applied as a proper Noun for Israel – is related to the word “Ratzah” (submitted/ from Ratzut; to please someone) from which also comes the word Ratzon (will).

Thus, “when you enter the Land” means: “When you succeed in aligning your will to God’s Will”, and “That God is giving you for inheritance” means that this faculty is a Divine gift inherent in your Divine Soul; you just need to take possession of it (cf. Baal Shem Tov).

Having these things in mind we can re-read the opening verse in such a manner:

“Since you are submitting your will to God’s will…you shall take from the first of all the fruit of the ground… and put it in a basket”.

The Gematria of “all the fruit of the ground” (Kol Pri haAdama) is 395; this is the value of: “Neshama” (Spiritual Inspiration, or Soul). Hence, the “choice first fruits” represents symbolically our soul. “The fruit from the ground” alludes to the human being of whom it’s written: “God formed the Human being from the dust of the ground” (Gn 2:7).

The numerical value for “basket” (Tene) is 64; the same value with the “garments” (haBegadim).

This means that the vessel that contains the fruits represents Our Body – the Soul’s receptacle – thus alluding to our material physical life.

The Soul is put in a vessel (this material world) in order to elevate it and turn it into a living offering to God. This will cause correction in both: the spiritual and the physical world. At the same time our deeds are also called “fruits”, for we have seen in the reading of Shoftim that: “human being is a tree of the field” (Dt 20:19).

There’s nothing wrong in being rich or being poor; both are treats from God (cf. Niddah 16b). Both have the potential to do good and evil. In fact, when one is able to manage his wealth, the sages encourage richness overpoorness, because, the sages say, “one who is poor is considered dead” (Nedarim 64b). Why? Because he doesn’t have resources to live or to bring about any task, because his vitality is being drained from him.

We have evidence in the Torah of people being abundantly rich (such as our father Abraham) who occupied their entire life in the service of God’s Kingdom. But the Hassidic Masters say being rich is more difficult than being poor. Why?

On the other hand, having several material possessions can lead us astray from the real purpose of the having of them. Some will fall in the mere “pleasure” of “greed” and ignore that this “pleasure” is a cry of the soul to give the first fruits to God. Instead, they will be attracted to the sphere of materiality (the Sitra Akhra) from which these possessions came to be, and instead of raising the holy Sparks, they will fall in the Other Side with them, victims of their egoism.

So when one is not able to manage his wealth, there’s a real danger in not being humble enough to realize that HaShem is the Master of everything. Lot became tremendously rich too, but this led him to separate himself from Abraham, and he pitched his tents towards Sodom – where he lost almost everything.

Egoism was given by God with various purposes:

Sadly, the great majority of the people you meet in the world do not pass beyond the first kind of egoism above mentioned, and a very high percentage of those who follow a religion are stuck in the second step.

They begin their lives with the desire for milk, and their life ends with the desire of a palace-like house or a TV of the size of Manhattan. Eventually they will look down on those who are not on that expected level and many of them will live a life of hypocrisy, pretending to be rich, but in reality owing thousands of dollars to the bank.

The advantage of being poor is that the person depends more on God for their daily bread and therefore is more willing to focus on spirituality and faith. He is more conscious that each day is a miracle – thus annulling his ego. For those who can’t manage their wealth, the sages say poverty is the best attribute (Hagigah 9b). Concerning this our sages say:

“Live a life of deprivation and toil in Torah. If so you do, ‘fortunate are you, and good is to you’ (Psal 128:2); fortunate are you in this world, and it is good to you in the World to Come. Do not seek greatness for yourself, and do not lust for honor” (Avot 6:4).

This kind of people are those who seem to be “poor”externally but by occupying themselves with the things of God they acquired in Heaven spiritual treasures and in the eyes of HaShem are way richer than any average “Pop-Star” of this world.

But being poor can also bring you to the other side, by being envious of those who prosper around you, by feeling like you should be like them and have all the material benefits they enjoy. Instead of being positive and grateful for what you have, you can end up all negative complaining for what you don’t have. We know there’s way more beyond.  Asaph the Psalmist wrote:

“I was envious at the arrogant, when I saw the prosperityof the wicked. They have no struggles; their bodies are healthy and strong, they are free from the burdens common to man” (Psal 73:3-5).

“I have kept my heart pure in vain” (73:13); he was almost willing to give up his poor-yet-pious life because he was envious of the common rich people of the world who prosper with no fear of God. But then he says: “I entered the Sanctuary of God, then I understood their final destiny” (Psal 73:17) – Then he understood that those rich wickedpeople are more worthy of pity than of envy.

Then he was able to say:

“I amassed silver and gold for myself… I became greater by far than anyone… I didn’t deny anything that my eyes desired…. Yet, when I surveyed all that my hands had done and what I had toiled to achieve, everything was meaningless, a chasing after the wind” (Eccl 2:8-11).

“Whoever loves money never has money enough… this too is meaningless” (Eccl 5:10). “Naked a man comes from his mother’s womb, and as he comes, so he departs. He takes nothing from his labor that he can carry in his hand” (Eccl 5:15).

“The conclusion of all the matter: Fear God and keep his commandments, this is the whole of man; for God will bring every deed into judgment” (Eccl 12:13).

Our sages echo Solomon’s expression of “being buried naked”. They say that even a rich person can be buried naked – meaning: without good deeds, totally exposed to He who is called “a consuming fire” (see Shabbat 14a). Jewish mysticism expands on this and teaches that the Soul of the Righteous people does not go naked, but “clothed in their good deeds” – thus covering their shame before the Holy One.

“And Abel (Hevel), he also brought from the primogenital of his flock – miBekhorot tzono – and from the fattest of them (the best ones)” (Gn 4:4).

Kain represents “the will to receive for selfish reasons”, and Abel represents “the will to receive in order to bestow”.  The Hassidic Masters teach that “Bestowing” is the great characteristic of God – since He created everything in order to bestow “Goodness” upon it (cf. Derekh HaShem 1:2:1). He is also constantly giving to His creation as a Father gives and gives to his child – thus those who “give to others” and “give to God” not for the sake of gaining anything have corrected their soul in the likeness of God, as it was before the fall.

This Divine aspect of “Bestowing” will be the principal characteristic in the Messianic era. Messiah does not do anything for his own sake; but only for Heaven’s sake.

“All the fruit of the ground” (Kol Pri haAdama), as mentioned above represents the Soul (neshama), and it has the numerical value of 395.

395 is also the Gematria of ‘Mishne’ (Second) – whichis an aspect of Yosef, who is called: “Second to the king” – Mishne laMelekh (cf. Sefer haYaser), after the verse: “in the Chariot, second to his” (beMirkevet haMishne aser lo) (Gn 41:43). This alludes to the Soul of Messiah – ie. M Ben Yosef.

We have seen that the Basket represents the physical world, materiality.

66 = Ben David. Thus alluding to the body of Messiah.

This is in the aspect of: “your king comes…victorious… riding a donkey” (Zech 9:9). As we know the word ‘Donkey’ (Khamor) in Hebrew derives from the word that means ‘materiality’ (Khomer), alluding to Messiah’s victory over materiality which in his time will be transformed to the Service of God.

In that time we will all bear fruits from the Spirit; we will all transform our ‘will to receive’ into ‘the will to bestow’ in the likeness of God for it’s written: “The tree will bear its fruit, the fig treeand vine will give their strength” (Yoel 2:22).

The verse already mentions two fruit-trees, so why the need for the seemingly redundant: “the tree will bear its fruit?” (Rashi). Our sages answer:

“In the future [ie. the Messianic era, even] the wild [non bearing-fruit] trees in the Land of Israel will bear fruit” (Ketuvot 112b). Such will be the status of humanity.