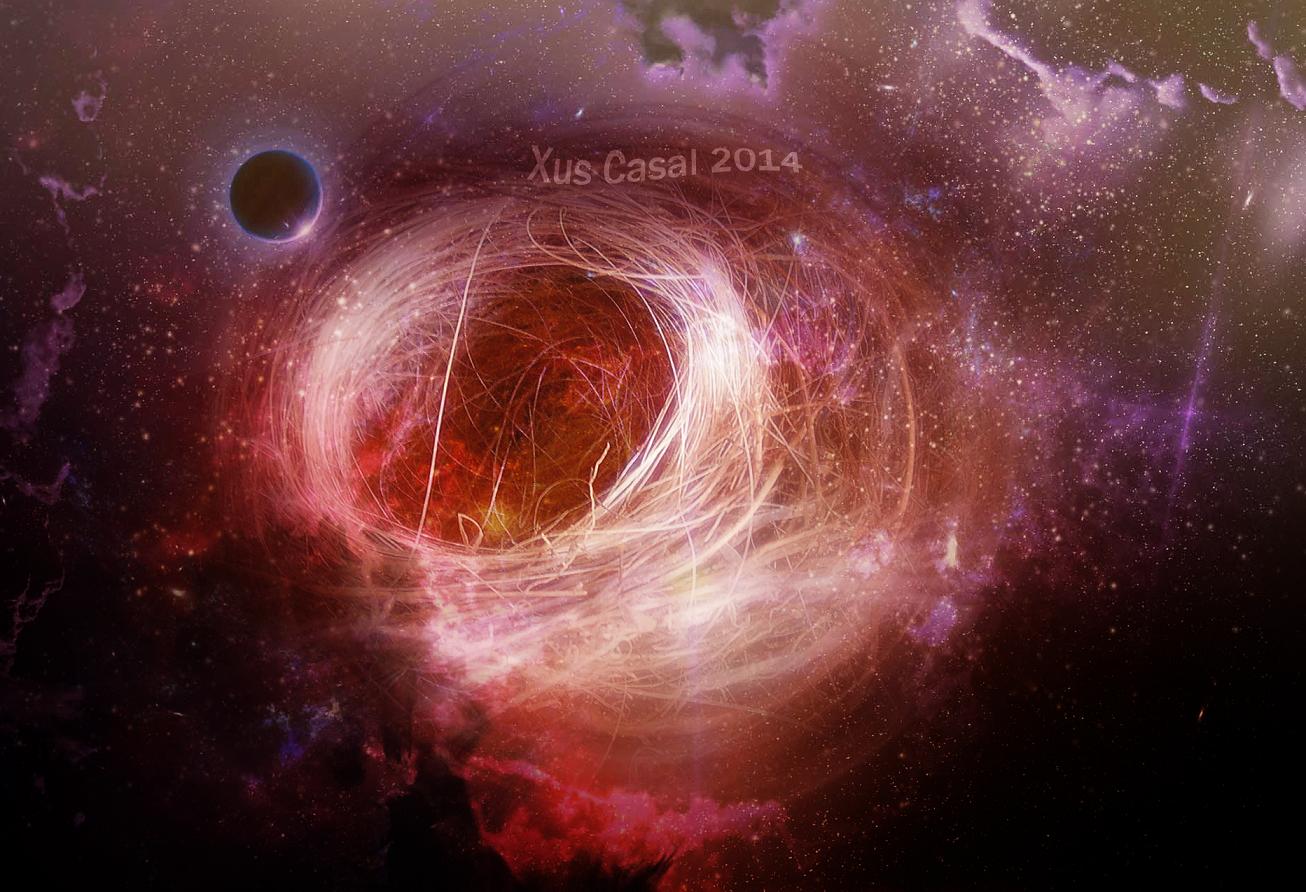 “If you come across a bird’s nest in the way… Do not take the mother bird together with the children” (Deut 22:6)

Like most commands in the Bible, God doesn’t tell us his reasons for this command. It is up to us to obey first and then understand, as stated at Sinai: “naashe venishma” (we will do [first, and then] we will hear [or understand]; Ex 24:7).

The Bible expects from us to obey the commands first and foremost in order to obey God; because he said so, period. Once we are living in this emunah (faith, fidelity), THEN we have the right to explore the reasons and question everything, with the intend to cling deeper unto Him.

Having considered this – that we are expected to obey before understanding – two rishonim (commentators) try to give us a logical point of view for this command. Rambam says animals feel pain for the loss of their children just as much as humans do – in other words, God is having mercy with the mother bird. Nahmanides says the inherent nature of this command is to avoid any form of cruelty – even animal cruelty.

Then we have a third approach based on God’s promise that if you obey this command, you will live longer. Applying the law of Measure for Measure, Nahmanides explains that since you have prolonged the life of the species, your own life will be prolonged in retribution.

Nahmanides quotes a Midrash that says that the main reason for the commands is to “refine the human being”, and our obedience or disobedience to them doesn’t affect God – since He doesn’t change (cf. Bereshit Rabbah 44:1). In other words, God doesn’t get any benefit when you abstain from animals forbidden in the Torah, or when you give charity, or even when you sin. He gave those commands for YOUR benefit, so the one who wins or loses eventually by obeying or disobeying the commands is YOU.

“If you sin, how have you affected Him? If your transgressions multiply, what do you do to Him? If you are righteous, what do you give Him? What can He possibly receive from your hand?” (Yov 35:6-7).

“If one [during prayer] says: Your mercies extend to a bird’s nest… he is silenced” (Berakhot 5:3).

Our sages say that the worshipper is silenced because he is attributing the commands to God’s mercy, when in truth these commands are not human laws but divine decrees – they conceal very deep spiritual reasons that only God knows in their totality – so we are not to expect to understand them in a humane manner; in other words: the main reason for these commands is beyond human comprehension [even though certainly God is merciful] (cf. Berakhot 33b).

It’s a mistake to think that Moses invented these commands by applying logic and reason, or even ethics. He didn’t. The whole Bible is clear in more than a dozen verses that all these laws and rules came from God himself, from a place of supernal Wisdom; not from Moses.

The command of the bird nest seems straight forward: you release the mother bird and you’ll live long. It’s right there, in the black and white, as clear as water, it doesn’t need any man-made interpretation – the Sola Scriptura will say. However, I’d like you to consider the following incident which is mind expanding:

“Once Elisha [also called Akher] was sitting and studying in the plain of Genesareth. He saw a man climb to the top of a palm tree, take the young birds and release their mother. When he descended a snake bit him and he died. Elisha thought: It’s written… you shall let the mother go…. That it may go well with you and that you may live long (Dt 22:7). Where’s the welfare of this man and where his length of days? [and he became a heretic]. He didn’t know [how the sages interpreted this verse] in the past, in the words of Rabbi Yaakov: ‘that it may go well with you’ in the World to Come, which is wholly good. ‘And that you may live long’ in the Messianic era, the time that is eternal [ie. that there’s no death]” (Yerusalmi Hagiga 2:1; 9b).

What can we deduce from this?

AN ALLEGORY FOR THE SEFIROT

This command conceals mystical revelations of the system of Sefirot in which Creation was built; and in this sense, it can be interpreted allegorically.

“If you come across a bird’s nest… Do not take the mother bird together with the children; surely you shall send away the mother and take the children for yourself” (Deut 22:6)

Why does it not say to send away the Father? But Scripture says:

‘You shall surely send away the Mother’ in honor of the one who is called the Mother of the World. It is thus written (Prov 2:3): Ki im leBinah tikra – ‘For you shall call Understanding Mom’ (Bahir 104).

In this mystical sense, we operate within these 7 emotive Sefirot, within these 7 “primordial days of creation”; these are the levels that have been given to us to work on them and fix the World – something that will be completely achieved in the 7th millenium, ie. the Messianic era – but the primordial couple is beyond our reach; the primordial couple: the Father (Wisdom) who built the nest – as it’s written: “with Wisdom a house is built” (Prov 24:3) and the Mother (Understanding) from which the days of the week (the 7 Sefirot) emanated.

And Finally: What is the Nest? A nest by definition is a place to rest, to indwell, a place that you build in order to occupy it and live in there. The Creator’s Nest is his Creation; when we correct the world and make of it a place where his Divine Immanence (the Shekhina) dwells; then this world [by the merit of the Divine Presence] is called a nest. That’s why the Bahir compares the 7 Sefirot to the 7 days of Sukkot, because Sukkot (the feast of the Tabernacles) is a time when the Holy Spirit is drawn to the world through our rejoicing (cf. Yerusalmi Sukka 5:1).

The sum of all our thoughts, feelings, decisions, choices… etc throughout the emotive Sefirot, are manifested in the lower Sefirah of Malkhut (Kingdom). The Sefirah of Malkhut is the Sefirah of the Community of Israel, as it’s written: “you [Israel] shall be for me a Kingdom of priests and a holy nation” (Ex 19:6).

The “Bird’s nest” – Qein Tzipor – in Gematria equals: “To the Kingdom” (leMalkhut).

The goal of this lower Sefirah (Malkhut; which is female) is to be refined in the likeness of Binah (Understanding) and become like its Mother. Malkhut takes the children to herself as a Mother and this corrects the World, making of it a home for the Divine Presence – because the Divine Presence is EXILED (sent away) from the world due to sin.

This is why this Sefirah is also called: Rachel, after the verse:

This is in the likeness of the verse:

“Do not take the mother together with the children” for the matter doesn’t depend on him – to deliver her from exile – but rather on the Supernal King” (Zohar Shemot 9a).

In Binah the concepts of duality and separation came to be. The root of Bina creates the word “Bein” which means: “between [in the sense of comparison]”.

In order to connect the Creator with His Nest and make them ONE it’s necessary to “Send away Binah” metaphorically speaking, and remove every form of plurality, which will be completely achieved in the Messianic era, as it’s written:

It’s of no surprise that the Hebrew word for ‘Bird’ – Tzipor – in Gematria equals the phrase: “HaShem shall reign forever and ever” (Ex 15:18) and also equals the word: Shalom (Peace).

We can now better understand the words of the Kabbalist:

“Who is a saint [hassid]? He who conducts himself with benevolence towards his Creator – towards His nest” (cf. Tiqunei Zohar 1b).

We have already explained that we call this world Nest once it becomes a perfect home for the Divine Presence – from the often quoted verse: “let them make me a Sanctuary that I may dwell among them” (Ex 25:8). This means there’s actually a Supernal “Nest” for the Supernal Divine Presence which is not made by us.

We have already seen that “Tzipor” (bird) equals “Peace” (Shalom) in gematria.

The word Tzipor (bird) can also be written without the letter Vav (letter that represents the 6 sefirot between Binah and Malkhut). Tzipor without Vav equals: “This is Messiah” (Zeh Mashiakh).

Thus the Tzipor (the chirping Bird) is another name for Messiah, and interestingly he is called “the Prince of Peace” (Shar Shalom) (Is 9:5).

We have seen that the fulfilment of this command makes you “Prolong your days” (Deut 22:7), and that this doesn’t mean to live longer now, but it refers to the Messianic era (cf. Yerusalmi Hagiga 2:1).

From all the above the sages say:

“If you fulfill this command, you hasten the coming of Messiah” (Devarim Rabbah 6:7).

Also we have seen that the command of the bird nest is an allegory [interpreted in many different levels] for how the Spiritual realm operates and must be corrected.

So, before the Prince of Peace – the Bird – Messiah comes to this World, the Zohar says his Soul dwells in a place called: “Qein Tzipor” (the Bird’s Nest, or the Bird’s chamber, or also the hoot’s chamber) (Zohar 2:7b).

“Qein” (nest) is cognate to “Taqein” (to correct) from which comes the word “Tikkun” (Correction).

And this is of course a Messianic verse, applied in the Midrash to the Soul of Messiah – Messiah ben Ephraim (cf. Pesikta Rabbati 36).

In Mispar Siduri (the value of the letters according to their order in the Alphabet) the formula: Qein – taqein – Tikkun equals: 139. That’s the Gematria of one of Messiah’s name: “Menahem” (the comforter).

What do we learn from all the above numbers and formulas? We learn that the Soul of Messiah within this Nest (qein), sees those things that need to be corrected (l’Taqein). The Zohar says:

“He sees Rachel [ie. the Sefirah of Malkhut, the Shekhina exiled], but she does not want to be comforted… the Messiah raises his voice and weeps, and the whole Garden of Eden trembles…. And the Blessed Holy One swears to them to eliminate the wicked kingdom from the world and to avenge Israel” (Zohar 2:8a).

What a coincidence that the Midrash says Messiah will be born in Bethlehem (Eikha Rabbah 1:51, cf. Micah 5:2) – since this is the place where Rachel was buried (Gn 35:19); as indicating that Messiah will bring Unity between the Creator and His Nest, bringing Rachel (ie. the Shekhina) out of exile, thus comforting her (cf. Zohar 2:8b).

May it be speedily in our days.