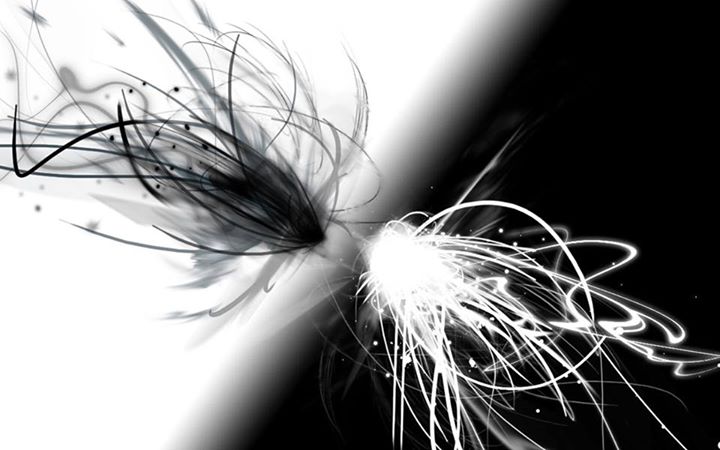 “And HaShem God formed the human from the soil of the ground and breathed into his nostrils the breath of life, and the human became a living being” (Gn 2:7).

– The human being became a “Living being” / “Nefesh Haya”. The Nefesh is the being, the soul, the very self, the very energy that keeps our physical body alive. ‘Nefesh Haya’ is the term used when God created the animals (Gn 1:20); thus alluding to the animal soul that is an intrinsic part of our human nature. A truth of existence is that when every human being comes to this world, he is not different from any other animal on earth. We all have egoism, tribal affinities and survival instincts. This is the Animal Soul, which is our inherent desire to live and feel comfortable.

– “Breathed (vayipakh) into his Nostrils Nishmat Hayim”. The word Neshama is an Inspiring Breathe; Inspiration, it’s spiritual Intelligence. It’s the desire of the human being to meet their Creator; as it’s written: “The Neshama of man is the Lord’s lamp” (Prov 20:27). Scripture says that God breathed this ‘Nishmat Hayim’ to man’s nostrils. The Hebrew verb for “Breathing” comes from the same root as Nefesh (soul, being). Very correctly Ramban explained on this verse that ’one who breaths out, from his own soul he gives’, and this is what is written, ‘the soul of the Almighty gives them understanding’ (Yov 32:8)”.

So the ‘Nishmat Hayim’ (which can be understood also as ‘the Soul of the Source of eternal Life’) is a portion of God in us, which connect us to the higher Life. From this we understand that we have an animal Soul (Nefesh Bahamit) and we have a Divine soul (Nefesh Elokit). The Divine Soul is the source of our Good Inclination, since it comes from the Creator Himself (cf. Likutei Amarim 4), and the Animal Soul is the source of our Evil Inclination. The Animal Soul is the Klipah (shell) that conceals the Divine Light (cf. Shaarei Kedusha 3:1).

It should fascinate us, to know that the Jewish Soul (the soul that seeks to connect with the Creator) is literally a Portion of God Above (Khelek Elokah mi’Maal [term taken from Yov 31:2]). And in the words of the Torah: “Khelek HaShem Amo” (portion of HaShem is his people; Dt 32:9) – which can also read: ‘a part (or essence) of HaShem is His people’] (cf. Sefer haKana).

This is the mystery and beauty of Free Will; God places in front of us The Life and goodness, the Death and evil (Deut 30:15-16). By choosing Life and overcoming the evil Inclination we are bringing into our lives the Spirit of Messiah and bringing to the World the Kingdom of Heaven, as our sages taught that in the days of Messiah ‘God will remove the spirit of uncleanness from the earth’ (Zech 13:2).

In the secret of “Breathed into his nostrils” (Gen 2:7) we find a very important connection between the “nose” and “Messiah”. Holiness comes by the merits of the Soul of Messiah, for it is written ‘The Breath of our Nostrils is the Messiah of HaShem’ (Lam 4:20). If not for Messiah we wouldn’t seek connection with the Creator; for it is written: “He will breathe the fear of God” (Is 11:3). How can be Messiah the Spiritual connection of mankind even before Adam? For it’s written: ‘His name is forever, before the Sun Yinon is his name’ (Psalm 72:17). Messiah is higher than the order of Creation (cf. Ohr haTorah, Mikets p. 2202).

And whoever breathes the fear of God is participating of the Spirit of Messiah, for greatly the Psalmist says about him:

“Your throne, elohim, is forever… you love righteousness and reject wickedness, therefore God, your God, has anointed you (ie. Has made you Messiah); oil of joy above your fellows” (Psal 45:7).