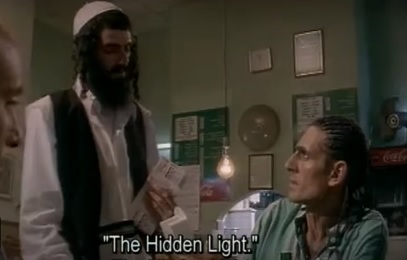 The “Ohr Haganuz” is the “Hidden Light” from beyond Creation. As Moshe says in the movie, it is “beyond spirit and soul,” and can only be revealed through ‘faith’ – a concept both hidden and revealed in the movie.