The verse could have simply said: ‘Tetzave’ which means “you must command.” Why do we need the word veAtah (and “you”)? In Hebrew it seems redundant. But in the Bible, when a word seems redundant, out of place, or grammatically incorrect, it means that if we dig out what is buried within her, we will find a stream of living water from which we will drink and rejoice. As stated in the verse: 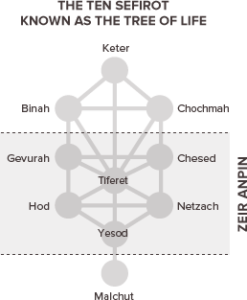 The term “veAtah” therefore connects Malkhut with Zeir Anpin (cf. Zohar Tetzave); in terms of the Zohar: the Upper Light (Ohr haElion) and the Lower Light (Ohr haTakhton) are included together, as in the verse: “veAtah sustaining them all” (Neh 9:6).

It is therefore implied that the work which is depicted in this week’s parasha –  the Tabernacle and the priestly garments – was not a work done merely by men. The Divine Presence was dwelling within each of the workers, so it’s written: “veAtah, you must speak to the wise hearted ones” (Ex 28:3) (veAtah tedaber et kol Hakhmei Lev) ‘to whom (in singular) I have filled with spirit of wisdom’ (asher mileitin ruakh Hokhmah); the ‘singular who’ is the singular “Heart” (Lev) of all the workers, which is the Divine Presence within them – for we were taught in the previous Parasha that we are to be a House for the Divine Presence. It is consequently written: “And the Spirit of HaShem, Spirit of Wisdom, she will rest on him” (Is 11:2).  The poetical language of the Zohar explains this in the following manner “The Holy Spirit whispered them secretly how to do the work”… and concerning the verse: “And you (veAtah) must command the sons of Israel” (Ex 27:20) it says “the Holy Spirit (ie. veAtah) commands the sons of Israel and shine on them so they be inspired to do the work”.

The whole work of the Tabernacle was done by the merits of uniting Zeir Anpin and the Divine Presence (Malkhut); which allowed Israel to bring the consciousness of Zeir Anpin into the realm of Malkhut (our world) – this being itself the secret of the priestly garments. Therefore, when we drive the Shekhina away with our sins, the Temple cannot stand and is destroyed. This is the secret in the verse: ‘veAtah HaShem be not far from me’ (Psalm 22:20 [19]), as in the verse: “Do not cast me from your Presence, nor take your Holy Spirit from me” (Psal 51:13 [11]). It is thus written: “The enemy laid his hands on all her treasures, she saw heathens enter her Sanctuary – those you had forbidden to enter your congregation” (Lam 1:10).

Concerning this the Torah warns:

“If you walk contrary to me… I will bring to desolation your Sanctuaries” (Lv 26:31). The plural in Sanctuaries implies prophetically that it will happen more than once. As we know, the Holy Temple was destroyed twice.

It’s our duty to make of this world a Home, a Sanctuary for God, but the work itself comes as a result of the Upper Laws; however, it’s out duty to know that “when men corrupt their ways, they thrust the Shekhina out of the world, and the earth [which is meant to be a sanctuary] is left ruined” – as in the verse (Gn 6:12): “God saw the earth, and behold, it was corrupt” (cf. Zohar 1:61a). The connection between Malkhut and Zeir Anpin (which is the bridge called ‘Yesod’) breaks and Malkhut is left unnourished from Above.

As the physical Temple cannot stand without this connection, the human being cannot stand either, and so it says: ‘my spirit shall not strive in man forever, because he also is flesh’ (Gn 6:3).

The Light from Above (Zeir Anpin) which corrects the world is Messiah ben Yosef; the groom to whom the Bride (Malkhut; the Lower Light) marries, raising us to a higher level of Spiritual Consciousness; allowing us to climb the Ladder and become in the likeness of our Creator, filling the Earth with the “Knowledge of God” and making it possible to materialize the King Messiah on earth. However, when men do not recognize “Messiah ben Yosef”, the Messianic era cannot come, because they pierce the connection between Zeir Anpin and Malkhut – which is Yesod = Yosef = the Righteous one = Messiah ben Yosef = the Power that defeats Amalek and Armilus and connects us to the Upper Consciousness.

“I have called by Name Betzalel son of Uri… and I have filled him with the spirit of God, with Wisdom, with Understanding and with Knowledge” (Ex 31:3).

Betzalel means “In/with the shadow of the Mighty one”. Betzalel walked the steps of God.

“Betzalel son of Uri”. A Shadow is an opaque reflection, “a resemblance”. “Uri” means “My Light”. Betzalel was a reflection of God’s Light; he resembled God; and since God’s purpose with Creation was to create a “Permanent Home for his Divine Presence”, Betzalel was chosen to create the Sanctuary. Therefore he was filled with the 3 Upper Attributes of Creation (the Three Upper Sefirot – called: Habad).

So there’s a secret here: the World was created with the letters of the Holy Tongue (cf. Sefer Yetzirah; Bereshit Rabbah 18:4) which is proven with the verse: ‘In the word of HaShem Heavens were made and in the spirit of his mouth all of their hosts’ (Psal 33:6) (cf. Tanhuma Bereshit 11) and then we read in the Torah: “Yehi Ohr” (Let there be Light, in Hebrew, and if there would be a different set of letters, it would say something different); Therefore our sages say that “Betzalel knew how to combine the letters with which heaven and earth were created” (Berakhot 55a). Because he was gifted with the same attributes of Creation.

Betzalel was empowered with the faculty to create the Temple as if he was creating the world, in the image of God. The “Image of God” (Tzelem Elokim) in Gematria equals the Phrase: “I will resemble the Most High” (Adameh leElion) (Is 14:14).

By these three attributes with which God founded the Earth, Betzalel made the Tabernacle (Ex 31:3). This is a pattern, because the Temple of Solomon was made too as it’s written: ‘Hiram… was filled with wisdom, understanding and knowledge’ (1ki 7:14). By these three it will be rebuilt in the future as it’s said: ‘By wisdom a house is built, by understanding it is established, by knowledge its rooms are filled with rare and beautiful treasures’ (Prov 24:3-4) (cf. Pirkei DRabbi Eliezer ch 3).

With this “Likeness of God” Adam was created, and he was given the faculty to “Give names”. So it’s written: “What Adam calls every living creature, that’s his name (Hu Shmo)” (Gn 2:19). The Gematria of “Hu Shmo” equals “Messiah” (Mashiakh); because everything has a Spark of the soul of Messiah that must be redeemed and turned to the Service of the Living God. So in the Temple, the propitious [kosher] animals, vegetables and minerals were offered by man, thus redeeming and bringing all levels of creation to the Service of God.

Everything in creation must be elevated as an offering for God; bringing among us the Divine Presence. Because this will be the level of the Messianic era. “The Lower World must be refined in the likeness of Above”. It’s therefore taught concerning the Last days of the world [the Messianic era]: “the physical aspects of the commandments, as they are dressed in the physical matter, are signs… for the physical commands are shadows of their spiritual aspect within them” (Torah Ohr, Miketz 37b); “therefore in the days of Messiah we will experience a new level of obedience to the commands, as before the sin of Adam” (Hemshekh v’kakh 5637, ch 18, 19, 21).

This aspect of Messiah is clearly reflected in Betzalel.

Nagid is the word used for King David in the verse: “HaShem has sought out a man after his own heart and will command him to govern [L’Nagid] over his people” (1S 13:14).

Betzalel is called “Son of Hur” (the pale son). Our sages apply the name “Hivra” (the pale one) to Messiah (this goes beyond this week’s Parasha).

The full expanded Gematria of Betzalel is 775; which is the Square of Messiah in ordinal numbers, plus the Kolel (number of words [in this case, one word =1]).

Of Betzalel it’s written: I have filled him with the spirit of God, with wisdom, and with understanding, and with knowledge.

Wisdom is accompanied with Counsel

Knowledge is accompanied with Fear of HaShem.

Therefore, the three attributes of Betzalel will be given to King Messiah in a double measure (cf. Pirlei D’Rabbi Eliezer ch 3).

The Physical Temple in Jerusalem

Because Messiah is empowered with the three attributes with which the World, the Tabernacle and the Temple were made, Rambam states that the man destined to be physically the Messiah, the son of David, must re-build the Sanctuary and that will be his sign (cf.  Hilkhot Melakhim 11).

While this is a possibility, the truth is that the physical Temple of Jerusalem doesn’t need to be rebuilt by the Messiah-man. In fact many of our sages disagree with Rambam.

“The Future Holy Temple will be re-established before the establishment of the kingdom of David” (Ma’aser Sheni 29; cf. Yerusalmi Megilla 1:11, Pesakhim 9:1).

It’s us who are commanded to build the Sanctuary for the Divine Presence (Ex 25:8); it depends on us. The Prophet Malakhi makes clear that the Temple must be already re-built when Messiah will come, for it’s written:

The “Palace” is the Temple (1S 1:9); meaning that the Temple should be already standing. The Midrash also states that “At the time Messiah comes, he will stand on the roof of the Holy Temple, and shout out to Israel: Humble ones! The time of your redemption has come!” (Yalkut Shimoni, Yeshaya 499).

Their main mission was to gather the exiles and rebuild the Temple (Ezr 5:15). Therefore in the aspect of Betzalel who builds the Sanctuary, Messiah ben Yosef (the Soul of Messiah) is the force by which the Sanctuary is established. 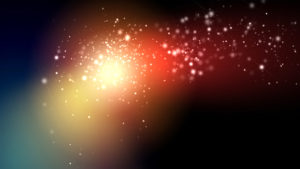 Now, as we learnt from the previous portion, God not only commands the construction of a physical Sanctuary of stones or wood. God wants the whole Earth to be his Resting Place. He wants each and every person to be a Sanctuary for His Divine Presence.  And this is also an aspect of Messiah ben Yosef; leading the war against Amalek so that our human body (which resembles the Tabernacle built by Betzalel – who is ‘Yesod’) will be purified and become a Holy Sanctuary for His Presence.

Therefore the Blessed Holy One will give these three good gifts (Wisdom, Understanding and Knowledge – by which the Sanctuary is made) to all Israel, as it is said: The Lord will give out of his mouth wisdom, knowledge and understanding (Prov 2:6). It’s not written: ‘He has given’, but ‘he will give’ (niten) (cf. Pirk. Eliezer ch 3); Implying that by Messiah ben Yosef the whole Earth has the potential to become a Sanctuary filled with the Holy Divine Presence. May it be speedily in our days.