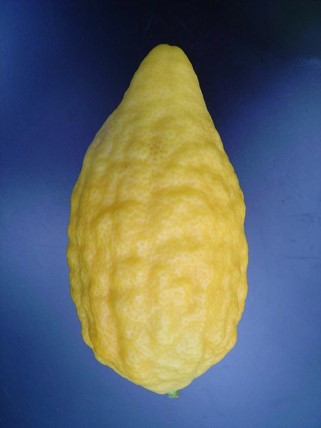 The etrog is the seventh (and ‘separate’) physical component, that along with the Lulav, represent the feminine and masculine aspects of the “B’tzelem Elohim” (the Image of G-d).

The Shekinah is considered the “divine presence in physical existence.”

It is also associated with the last of seven “G-dly attributes,” (the “middot”) called Malchut, which is ‘Kingdom.’

The seventh of the Ushpizin is King David, thus making the connection to the idea of kingdom.

There’s an interesting relationship between the etrog and the sukkah in that Malchut/Kingom (the etrog) and Binah/Understanding (the sukkah and heavens beyond the sukkah) are considered the bride/daughter and mother (Imma) ‘personae’ (Heb: ‘partzufim’) of the Divine, from our perspective.

All of these concepts represent things from our perspective, based on how we function within our ‘flawed’ world.

G-d has no parts. No division. All appearance of such, are “from our side only.”

Ein Od Milvado. There is none besides Him.